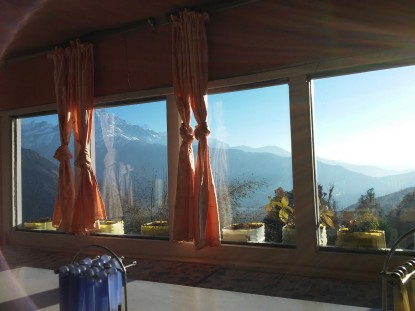 Last night we stayed at the Magnificent Hotel (“with good view”) in Tarapani. This guest house is about as spartan (or “simple” according to Krishna) as you can get. The paper thin walls, only somewhat protecting you from the wind, are standard, but the frozen pipes killing any chance of a hot shower were a bummer.

The next morning I woke at 6 to see another sunrise. This one only involved getting out of bed (since I was already dressed, thanks to the subzero weather) and going outside. Did some more playing around with time lapse on my camera and also posted some here for the viewers at home.